Our client asked us to create an environment for Absolut that was contemporary. It should have sections for reveal at various stages of the evening. All this was to fall within the brand guidelines of Absolut.
Our challenge was to create many different engagement points and add creative touches. This had not happened at any event prior. 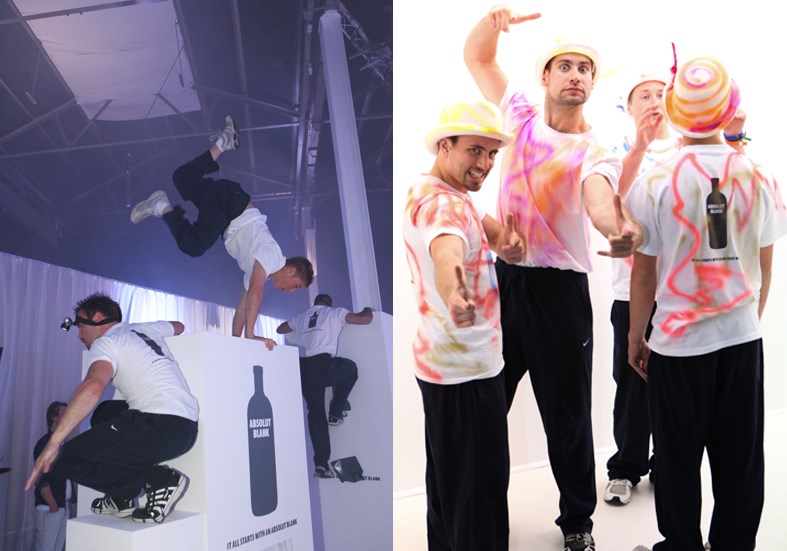 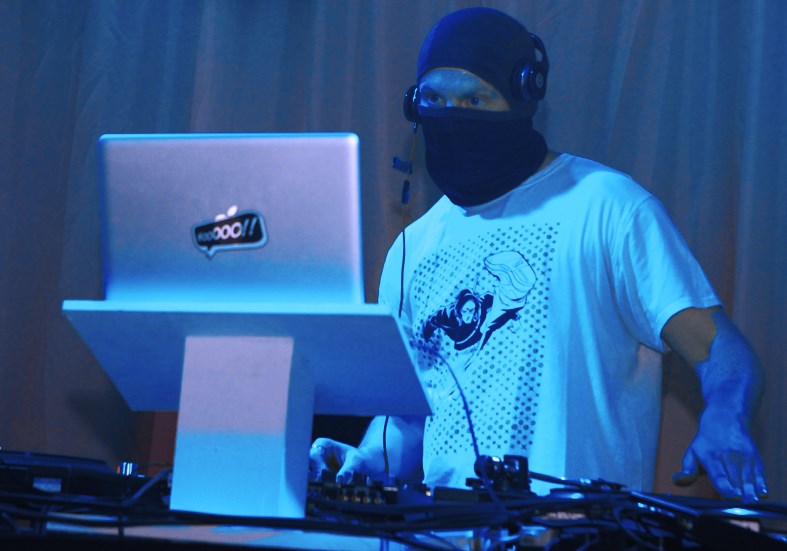 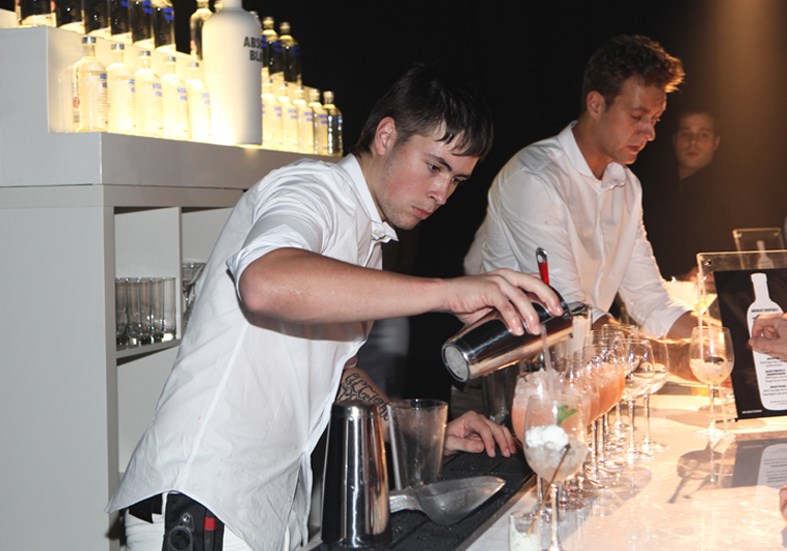 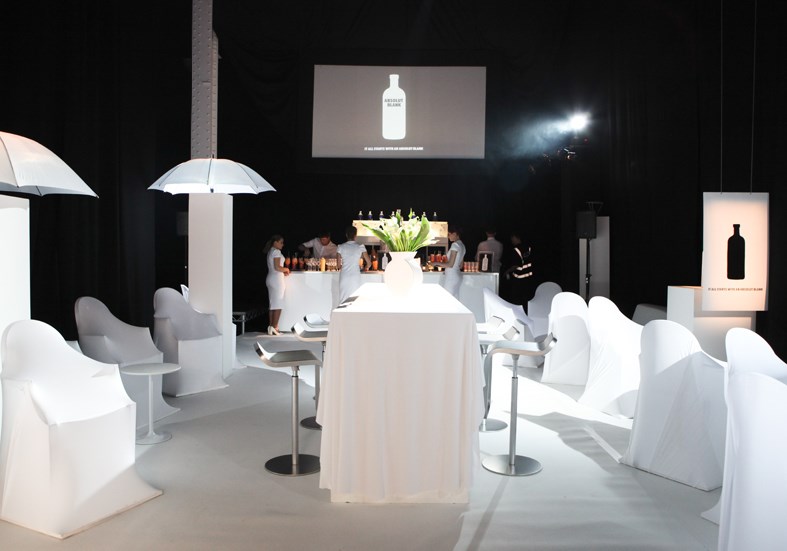 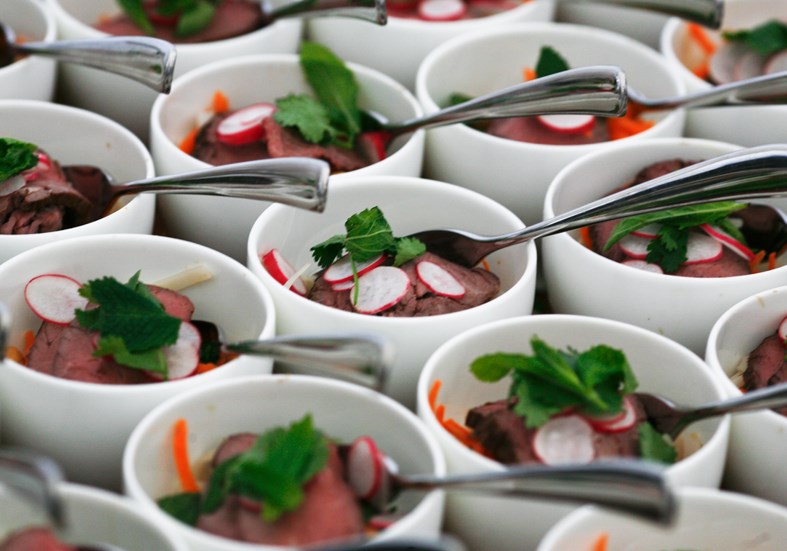 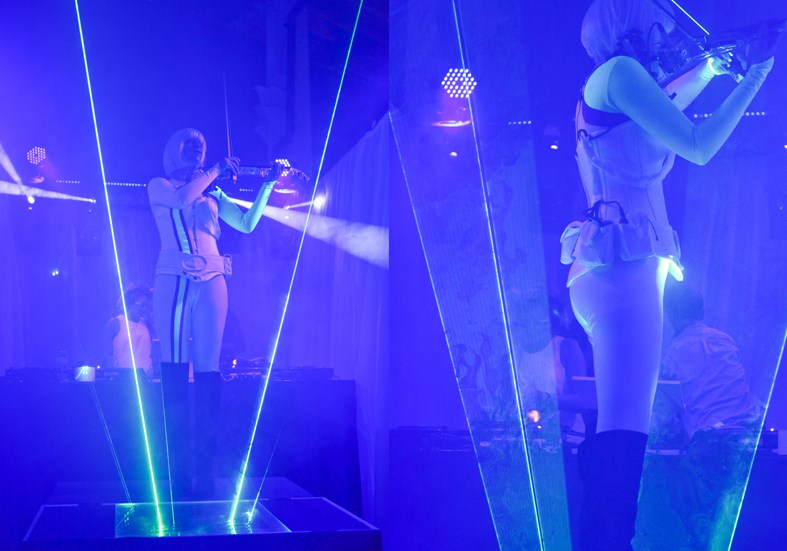 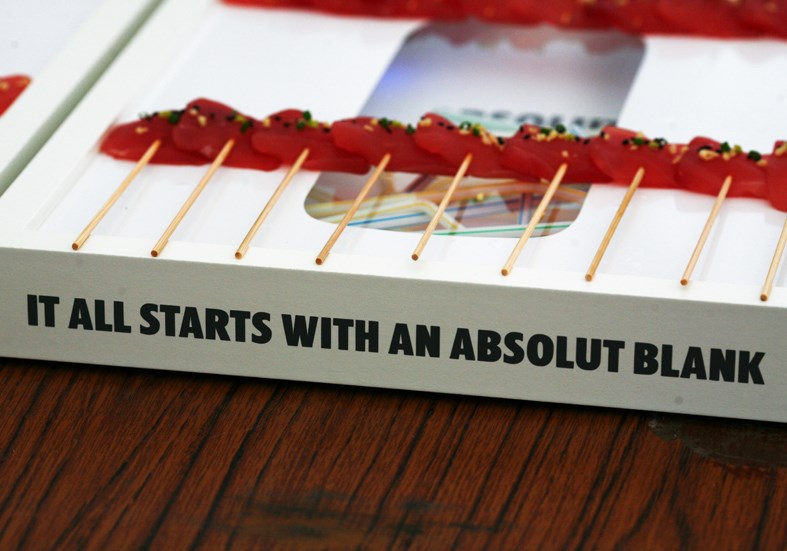 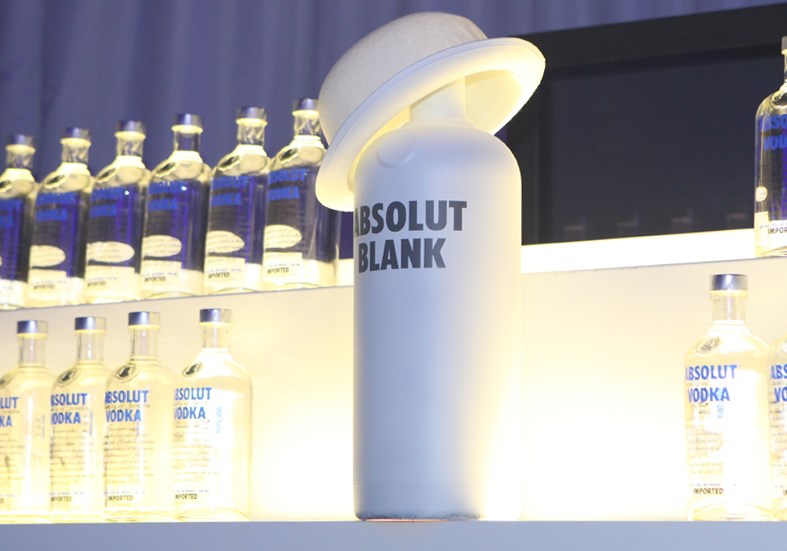 In 2 weeks we achieved the impossible!

We custom manufactured sections of trilyte truss to replicate the Absolut bottle silhouette. The bottle was the centerpiece of the event. This was because it became the dance floor and the entertainment area. The team also built custom sections of stages for performers and artists.

The team also designed and built special reinforced plinths. These plinths were an integral part of the parkour performance. We also built plinths with hidden balloon release mechanisms. On cue, these would release helium balloons to the roof which would then pop on a bespoke designed device. In the balloons, was confetti which would then release over the dance floor.

Finally, we designed (and built) customized set flats and flooring. These made up the special entrance corridor.

On the day of the event, guests walked in from Brick Lane and into our custom made tunnel. It was a strict one at a time entry procedure. The tunnel itself was white and brightly lit with dual 5 ft fluorescent tube strips hidden by fabric. This created a science fiction laboratory effect. At the end of the corridor was a hidden cameraman, who photographed the delegates as they entered. These images became individualised Absolut bottles, printed on site. Guests were able to take them home when they left.

Half way down the corridor, delegates crossed the path of a hidden high intensity flood light. This created a silhouette on the opposing wall of stretched fabric. On the wall was a note which told them, ‘dance like no-one is watching’. Another hidden cameraman would capture the dancing silhouette moves on video for later.

Finally, the tunnel led the delegates to a beautifully designed presentation space. The area had plenty of hanging fluorescent strips, uplighter and moving heads.
There was a Christie Roadster 12 k projector. This projected an Absolut logo onto a single 16 x 19 ft presentation screen. Sound for the area was multiple-stacks of Nexo PS10 speakers and LS500 subs

The Perception team covered the entire venue perimeter with black surge drape. This concealed the building flaws. In conjunction with this we carpeted the entire space. If you have ever worked in the venue, you will appreciate how difficult that is.

Once the formalities were over, the delegates moved into the party space. This was where our custom bottle truss was.

We worked along side a projection mapping company. They filmed the bottle dance floor from above using many cameras. They hired the cameras from us. Once the footage was together, we relayed it to our screens, placed around the venue. These relayed images gave the impression that everyone was dancing in the bottle.

Along the top of the truss we had LED batons and pars assisting to define the curves of the bottle for the camera. We rigged 50% full white treveira, providing a canvass for lighting and projection.

Inside the bottle we had eight 50” LED screens rigged to the truss. We pinned the drape around the Unicol truss mounts.

This was a very difficult event. It was long hard hours with little to no sleep for a most of the team. The client was very creative but demanding and completely unpredictable.

But, we dealt with the curveballs. In the end we delivered an event that looked and sounded amazing.

Are you planning a product launch?